Returning to the base camp after summiting Mt. Batulao in Batangas, my Nokia 3210 cellular phone was filled of SMS informing said tragic news. “What an anti-climax to a great climb!” Instead of cherishing the beautiful views from the mountain, my friends and I headed home worried, further trembled by new information that another plane crashed into Pentagon, then that ill-fated but heroic United Airlines Flight 93. The rest is history.

Busy at work, Mt. Batulao became my last climb. Then I met Rowena early 2004, married her December 8 that year. She was a widow before, with a five years old son, now ours, Aaron, who served as our ring bearer. We were blessed by two more boys, Jonmer and Adrian. My wife always knew my favorite recreation, but work schedule wont let. Unfortunately, all my backpacking equipment perished when tropical storm “Ondoy” flooded wide areas of metropolitan Manila on 2009.

Christmas of the same year, my wife gave me a blue North Face belt-bag. Although not intended for climbing, she smiled when she saw me found out the brand is connected to mountaineering. I gave her a smile too. Valentines the following year, Rowena brought home a 20L rucksack. “Hey! that’s good for day hike!” But the nature of my work wont permit me to even file a leave. Came the good year of 2011. My new assignment now allows me to manage my work schedule. So I bought a 60L backpack, borrowed some lacking equipment from friends (who are all absent from the mountain since 2002) and trained Rowena through daily jogging. On June 2, twenty days before my birthday, I returned to backpacking with a new buddy, my wife. 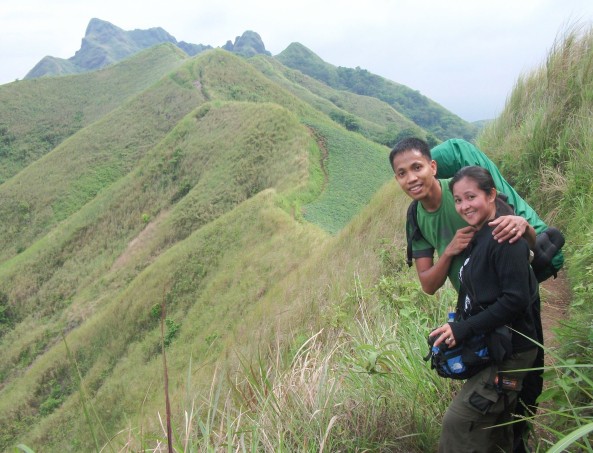 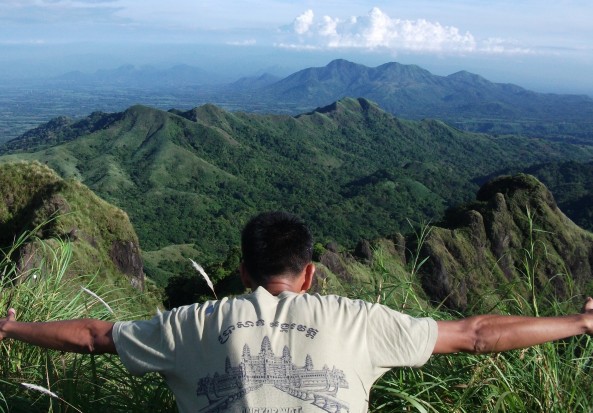 Click the image below for itinerary of Mt. Batulao from “Pinoy Mountaineer” by sir Gideon Lasco.

10 comments on “After a Decade of Hiatus, I Returned to Backpacking with a new buddy, My Wife.”

enter the world of wordpress

Simple family-man living normal life. I use my cheap camera to capture priceless moments, travels or everyday life. This serves as my online photo album which I can share to everyone. And I am proud of the Philippines and its people.